There has always been a ‘them and us’ mindset between yachtsmen who tend to fall into the sail or power categories, usually with strong views on what is a real yacht. While those in the first category may appreciate the idea of pushing through the sea without using any fuel but wind power, motoryacht enthusiasts equally love the fact that they can get from A to B in a straight line and at a predictable speed.

Wind has never been completely abandoned, but over a long period where oil prices have been low, systems that use the wind to aid propulsion have fallen by the wayside. However, as a result of new stringent regulations aiming to mitigate climate change, wind power as a source of energy seems to be becoming attractive again. Meanwhile, motoryachts are starting to move away from diesel engines as standard, with major builders looking at alternative fuels, including hydrogen, methanol, ammonia and batteries, just to name a few.

Although some of these emerging technologies are still in the early stages of development, numerous machinery propulsion solutions – from diesel and diesel-electric systems to liquefied natural gas, through to hybrid and all electric systems using batteries, as well as to some extent fuel cells and solar power – are already commercially available for owners wanting to improve the efficiency or comfort while also reducing the carbon footprint of their vessels.

Wind propulsion is sustainable by its very own nature. The physical principle is the same humans have used on sailing boats since time began. But what has changed is the efficiency of modern sails, the materials they are made of and their handling and control. Advanced aerodynamic science combined with computer technology has resulted in significant gains, such as doubling the amount of generated power per square metre of sail surface, as has already been demonstrated by some projects carried out in the commercial shipping field.

Examples of cutting-edge wind-assisted propulsion systems are rotor sails which take advantage of the ‘Magnus effect’: where the wind hitting a rotating cylinder from the side on board a moving ship creates a forward pull. Advanced implementations of the technology used on commercial vessels have enabled fuel savings ranging between 10 and 20 per cent. The technology is already mature and economically viable in areas with the right wind conditions. 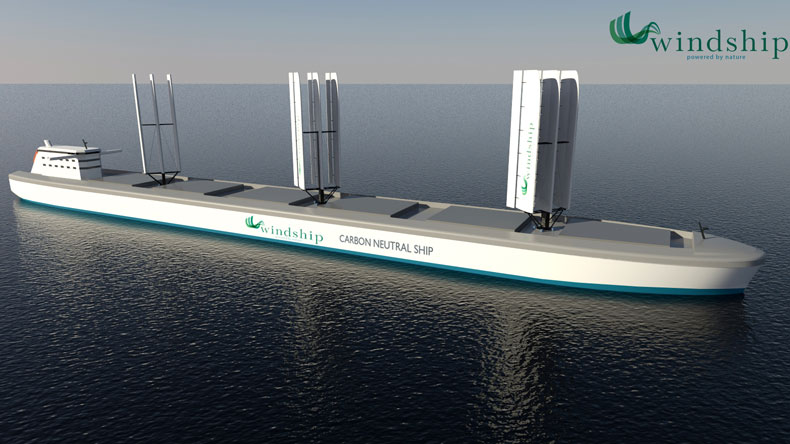 Rigid wing sails, modelled on aeroplane wings, also offer a highly effective solution which can be operated automatically. But even though they have been used in racing for some time, notably in the America’s Cup, they have not yet been implemented on commercial vessels.

Soft wing sails combine the aerodynamic advantage of rigid wing sails with the low weight and flexibility of modern textile sail materials, while also being able to be reefed and furled. DNV GL has worked together with VPLP Design and the French Engineering firm CNIM to develop a new wing sail and fully automated concept called ‘OceanWings’. With the potential to reduce fuel consumption by 18 to 42 per cent, the design has been successfully tested on VPLP yachts, including the hydrogen fuel-cell co-powered catamaran Energy Observer launched in 2017. The technology is now commercially available for cargo ships as well. 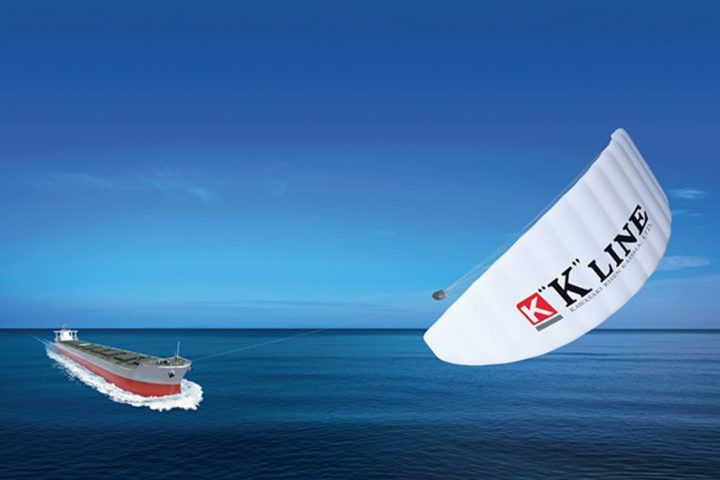 To support the advancements of innovative wind-assisted propulsion systems, we work together with owners, designers and builders to develop new concepts by supporting them with the assessment of savings and feasibility studies, including combining these with weather data. Building on our extensive knowledge and experience in this field, in 2019 we introduced a new DNV GL class notation called ‘WAPS’. This works as an independent technical standard for the design and construction of wind assisted propulsion units, while also covering the procedural requirements associated with their installation.

With stricter IMO rules, and the media and public opinion pushing for less maritime pollution, while superyachts are veering towards more adventurous use, combining luxury with exploration to remote areas, there is change in the air. As a result, the superyacht industry is becoming more environmentally aware and eager to explore new sustainable superyacht propulsion systems, with zero emissions being the ultimate goal.

Although the development of some of these concepts is still in its early stages, superyacht owners and designers looking into more efficient and future-proof new builds now have the option to make the best use of both innovations in machinery and modern wind-assisted propulsion systems.

Creating a sustainable future for superyachts

The future of sailing

‘Knowledge is the fuel of innovation’

Christoph Niendorf explains the solutions that can be provided by Veinland

The future of Monaco Yacht Show

Monaco Yacht Show introduces a raft of changes for the 2021 event and beyond, with a focus on end-user experience

In November (2020) we got a call from Paul Kellum who has this fantastic guest house. He was looking for a bespoke solution to house a guest book in which his visitors could comment about their stay as well as a comprehensive guide to the property and the…

After Spain joined the European Union in 1985, VAT became applicable on the supply of means of transport at a luxury rate of 33% tax. This luxury rate was reduced to 28% in 1992. The same year 1992 after the VAT harmonization that capped the standard Span…

It is well known among yacht professionals and especially those involved in superyacht chartering that the VAT regime in Spain has been always particularly tough. Spain, unlike other surrounding countries, as France or Italy, did not implement in National…